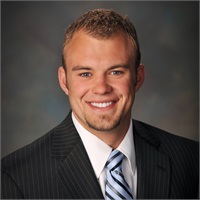 Wade joined the Financial Services Industry in January of 2013. Over the past several years he has focused his practice on helping individuals, families, and small businesses plan for their financial future. Wade attended Southern Utah University where he received a Bachelor's degree in Finance and accounting. Wade has been married to his beautiful wife Nicole since 2013 and they are the proud parents of two little boys. Wade began his career at the Cambridge Financial Center where he was awarded the Rookie Of The Year award. Wade was excited to become an independent advisor and a co-founder of Larson Williams Wealth Advisors. Wade is FINRA series 6, 63, and 65 registered.