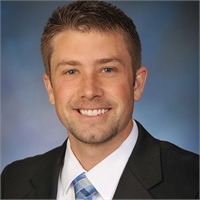 Levi entered the Financial Services Industry in February of 2008. Since then he has helped hundreds of individuals and small businesses throughout the country plan for the future. Levi married his wonderful wife Erin in 2007 while attending Southern Utah University where they both received their accounting degrees. Levi and Erin are the proud parents of two girls and two boys.

Levi started his career with Beneficial Financial Group in early 2008 where he was awarded Rookie of the Year and also received the fast start award. In January of 2011 Levi joined the Cambridge Financial Center as an associate partner managing the Southern Utah region.  In 2016 Levi went back into personal production full time as an independent advisor.  Levi is the co-founder of the various Larson Financial Companies including: Larson Insurance & Financial Services and Larson CPA & Advisors. Levi has also completed his LUTCF designation and is FINRA series 6, 7, 63, and 65 registered.